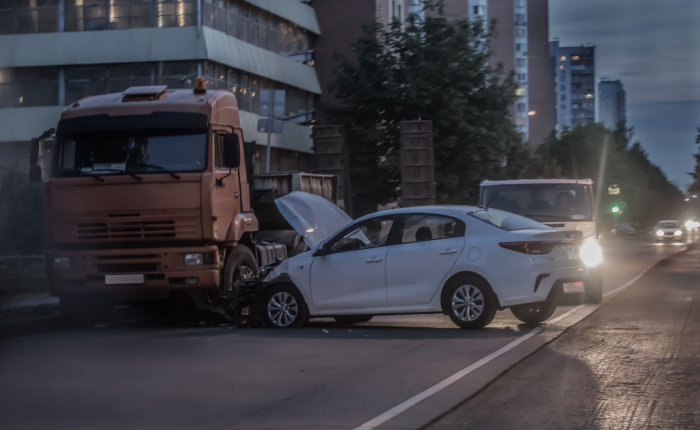 Why do Truck Accidents Settle for More than Car Accidents?

It’s a simple yet sad answer: trucks cause more damage. There is no escaping simple physics – a massive semi truck is going to carry a lot more force and cause a lot more damage than a tiny Toyota Corolla. Because of the increased force, not only does there tend to be more damage to the other driver’s vehicle, but there tends to be more severe personal injuries to the people involved in the accident as well.

And of course, trucking companies are a better target for lawyers: these companies tend to have deeper pockets and more to lose than individual drivers, some of which are uninsured and have nothing to pay out in a settlement.

If you ever want to put a smile on a plaintiff’s trial lawyer’s face, mention “deeper pockets.” This is slang used by lawyers and courts to describe a defendant who has more money to pay out a potential settlement or trial verdict.

When it comes to holding parties responsible and covering clients’ injuries and property damage, lawyers typically will try to look for the deepest pockets. Instead of just suing the individual truck driver, they will focus on the company that employs the truck driver as well. Perhaps they will even look at the manufacturer of the truck if a defect in the vehicle was what caused the accident. Sue ‘em all – let the judge sort it out, right?

In an ordinary car accident involving two passenger vehicles, if the parties are lucky, it is going to be a battle between two insurance companies. If not, you’re chasing an uninsured motorist for compensation, which is not a battle likely to succeed. Individuals do not have nearly the assets that a trucking company would. If the driver is held responsible for the accident, they have less resources to pay out a settlement – they have “shallower pockets” in other words, which is why these accidents settle for less than trucking accidents.

Personal injury settlements in car and truck accidents are typically based on the dollar value of the injuries and property damage that directly result from the accident: medical bills, car replacement, and things like that. There may also be some compensation for pain and suffering, lost work earnings, and other less direct consequences of the accident.

However, by and large, the settlements come from the calculable dollar amounts. This means the more severe the accident, the larger the settlement.

When a massive semi truck is involved in an accident, it tends to cause more damage. For example, rather than whiplash and bruises, severe injuries such as death, paralysis, traumatic brain injury, amputation of limbs, or herniated discs are more likely in an accident involving a truck. For this reason, the higher medical bills and pain and suffering from these more severe injuries simply result in larger calculable damage awards to the injured party.

Injured in a Truck Accident?

If you were injured in an accident involving a big rig, know that not only does the trucking company likely have deeper pockets, but they likely have better lawyers than your average driver. They have more to lose, so they are willing to spend more on legal representation.

It is imperative that you seek the help of an experienced, aggressive, trial attorney as soon as possible to evaluate your options and to start preparing your case. It will take time to collect medical records, reach out to the other side about a potential settlement, and to review the case and file paperwork before any legal time limits prevent you from filing your case from court.

Motor Vehicle Accident Liability When you suffer an injury in an auto accident caused by someone else, you have a legal right to seek compensation

Proving Liability in a Traffic Accident

Proving Liability in a Traffic Accident Liability for traffic accidents arises from negligence law. This means that not every accident will result in liability. Sometimes,

What is the Graves Amendment?